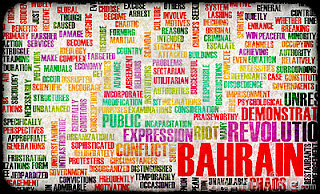 Email ThisBlogThis!Share to TwitterShare to FacebookShare to Pinterest
Labels: Bahrain

Email ThisBlogThis!Share to TwitterShare to FacebookShare to Pinterest
Labels: Norway

Is Norway an Island? 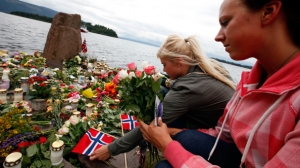 Is Norway an Island?

Last week we all learnt a lesson in political geography. This lesson will not be forgotten easily - unless we really want to forget. We learnt about the existence of the otherwise little known island of Utøya, that people outside Norway would have difficulties locating on a map.  Lessons of this kind have not been hard to come by in 2011, a year in which we have learnt a lot of painful geography – Misrata, Manama, Daraa, Tahrir.  On the other hand, these lessons have helped us, not only to identify new parts of the world, but we have also learned something about the nature of the countries containing these places. Bahrain turned out to be much bigger and important politically than its size reveals; Syria much deadlier; Egypt much less prepared for revolution; the United States less committed to change and the European Union much quicker to react, etc..

The lesson of Norway however, was very different. First of all because we were not expecting it. Secondly because it gave us surprising information about Norwegian society. We learned that Norway is not only a country located in the wealthiest northern corner of the world. We also learnt that Norwegian society may very well in itself be an island. Like Utøya, idyllic and beautiful, perfect and civilized, largely forested, owned by a political party and overcome with disaster.

The island character of Norway came as a surprise when in the aftermath of the tragic events in which dozens of people were massacred by one man, the government of the country and many of the people left the confines of continental Europe and moved to an island.  There, a smug sense of innocence is the absolute ruler. Criminals and radicals like Anders Behring Breivik stayed in the mainland, with an assortment of international connections, ideological influences and political movements that have little or nothing to do with Norway. It seems that few people, only a few isolated self-critical voices stayed in the country. As the rest of Norwegians arrived in the island, the government promised to respond to terrorism, extremism and violence with more freedom and more democracy, receiving loud praise from all over the world for this.

Only to reinforce the immaculate self-portrayal of the naïve islander that has done nothing wrong.  Those of us who stayed in the mainland looked onto the shores of Utøya and marveled at how quickly they resumed activities and went back to the normal routine. They were seemingly prepared to go on unmolested with the same ideals as before and intent to begin the reconstruction of their island. This so that people would quickly admit that these were just the acts of an extremist. The Utøyan island of Norway said good-bye to the difficult realities of terrorism with an act of love and immediately set in motion the politics of mourning.

It is very hard nevertheless to be an island surrounded by a corrupt evil world of extremist ideologies, politically incorrect parties, fact-free journalism, possible international conspiracies and discontented but silenced voices of dissent. If it were any other country, we would say that they are going through a painful period in which they are still not fully aware of the dimensions of what happened and that they might need some time, and a lot of therapeutic counseling to come to grips with the aggressive reality around them. We might want to ship in mental health experts from all over the world, trained in conflict zones, in order to help them heal and mourn their dead. But the message they conveyed to us from the island tells us things are just fine.

We try to send them signals, but they’re too busy in the reconstruction of the island. The dead – mostly young people – innocent as they were, are being turned into martyrs of a political cause. The not so civilized feelings of those who stayed in the mainland - anger, tears, frustration, anxiety about the future, harassment of minorities, and lack of true political participation – are truly not helping them in the Utøyan project of more democracy and more freedom.

It seems as if in the understanding of what happened; Norway has split into two alternating versions. In the one version it is seen as a tragic and unnecessary consequence of failing to address the disappointment – turned into resentment – of many people. In the other, one only sees what happened as a deliberate attack on the supreme and sacrosanct values of the government's political project.

I want to extend an invitation to the islanders to pay a visit to the Norwegian mainland before they declare independence. This in order to make sure for a last time that the ghosts of the past will not come and haunt them in their sleep, so that they can enact laws that will prevent the mainlanders, agitators and extremist elements from tainting their utopia. The invitation is not a call for a trial like that taking place in the mainland against the murderer with deliberate insults and accusations; it is rather an exhortation to reflect on what might possibly have gone wrong. Not with policies and administrative decrees, but with our attitudes, with our compassion, with lending a listening ear to the other that doesn’t think like me – to the human side of democracy.

Perhaps we might be able to convince them then, that Utøya, their island of lost paradise, belongs to all of Norway and not only to causes or groups or political ideas; to all of Norway with its achievements and pride, but also with its failures, its mistakes and until now self-imposed silences. Perhaps we might be then able to convince them to return.
Posted by Ari Amaya-Akermann at Sunday, August 14, 2011 No comments: Links to this post